Headmaster Dr. William M. Schmitt, a graduate of the first class of Trivium (1980), received his baccalaureate in history from the University of Dallas, a baccalaureate and a license in theology (S.T.B. and S.T.L.) from the Pontifical Gregorian University, and a doctorate in sacred theology (S.Th.D.) from the Pontifical John Paul II Institute. He studied and taught in Rome under the patronage of Joseph Cardinal Ratzinger, now Pope Emeritus Benedict XVI. Upon returning to the United States, Dr. Schmitt was the Managing Editor of Communio: International Catholic Review from 1996 to 1998. He has been the headmaster at Trivium since 1999 and tutors Composition/Literature 7, U.S. History, and Theology 8, and Theology 12. 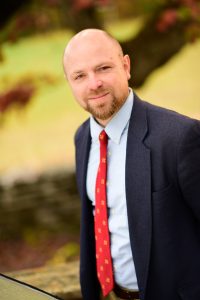 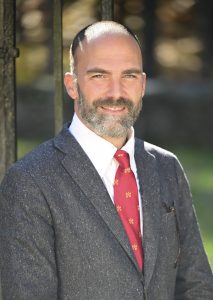 Michael Forrester is a graduate of Thomas Aquinas College, California. After a decade in the print and advertising industry, his heart was rekindled for higher learning reading the word ‘forms’ in Aquinas’ Adoro Te Devote. A MA in Ancient Philosophy from Heythrop College led to a Post Graduate Certificate in Education from Maryvale Institute, and ten years teaching in both public and private high schools in London, Cornwall and Dorset in the U.K and Poitiers in France. With two of his nine children attending Thomas Aquinas College East Coast, he, with his wife Elizabeth and 7 younger children, crossed the seas to join Trivium in September 2021. Michael teaches Latin II, Euclid, Comp/Lit 9, Theology 7 and Drama. Three of his children attend Trivium. 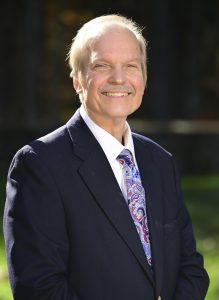 Will Engler presently lives in Harvard, Massachusetts with his lovely wife and children, five of whom attended Trivium.  He began his undergrad pursuits while serving in the Army in the Republic of Korea, ultimately receiving his BS from Binghamton University, his MBA from Baruch College – City University of New York, and his M. Ed. from American International College.  He spent 25 years in business, working as a manager in high-tech companies in New York and New Jersey.  About ten years ago, Divine Providence brought him and his family to Massachusetts, where he began his career in education.  He teaches Algebra 2, Pre-Calculus, Calculus, and Physics (and tutors ambitious seniors that want to get a 4 or 5 on their AP exams).  In his free time, Will enjoys reading (everything), fixing things around his house, and helping his high-school and college-aged children with their math homework. 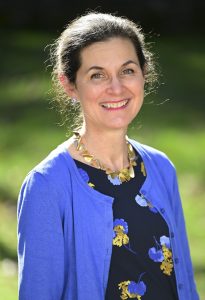 Valérie Ortiz grew up in Paris, France where she received a BA in International Relations with a major in Chinese from the Institut des Langues et Civilisations Orientales at La Sorbonne and a Diplôme Supérieur in Art History from the Ecole du Louvre. She crossed the ocean to earn a Ph.D. in Chinese Art History from Harvard University. She taught art history at Harvard and at New York University for ten years. She wrote several scholarly articles on the history of Chinese painting and published a book on the key role that landscape painting and calligraphy played in the expression of a national identity in Medieval China. More recently, she has developed and taught a hybrid classical curriculum for 4th-7th grade, designed to support homeschooling parents in the community. She decided to stay on this side of the ocean after she met her husband Stephen. They are raising eight children, most of whom have or are attending Trivium. She uses abundant visual material in her World History 7 & 8 classes. 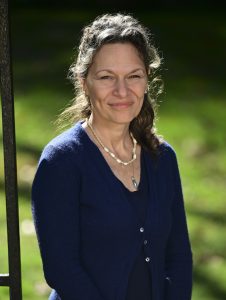 Lucy Iacoviello has a B.S. in biology from Bates College and a Ph.D. in cellular and molecular biology from McGill University, Montreal. She is currently tutoring Biology, Chemistry, and Physical Science. Lucy and her husband, Vince, have five children, four of whom are either Trivium graduates or students.  She enjoys growing vegetables in the summer and skiing in the winter. 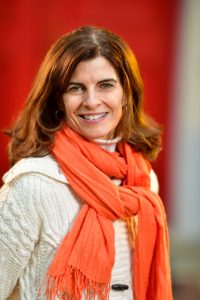 Ellen Warila received her B.S. from the University of Rhode Island College of Pharmacy. She is a registered pharmacist in the state of Massachusetts where she worked in the retail setting for several years. She currently tutors Algebra 1. Ellen and her husband Bruce have four children, three of whom have attended Trivium and one of whom is a current student. 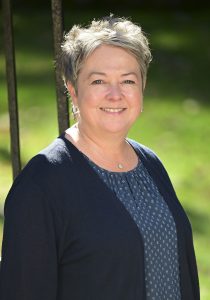 Karen McCann is a graduate of Smith College, where she studied Art History, Studio Art, and English Literature.  Her post-graduate work includes classes in fine arts and design at the Rhode Island School of Design, and work towards a Master’s Degree in Sacred Art through the Way of Beauty Program at Pontifex University. Karen spent thirteen years teaching her children at home using a classical curriculum. When her youngest entered Trivium, she developed a curriculum combining studio art, art theory, and art history, which she taught to students in grades four through twelve through co-ops and private art classes. In her fourth year at Trivium, she currently enjoys teaching Art 7-12 and Composition/Literature 7. She and her husband, Bill, have three children, two of whom graduated from Trivium, and one a current Trivium student. She enjoys vegetable gardening, drawing and painting, and visiting art museums. 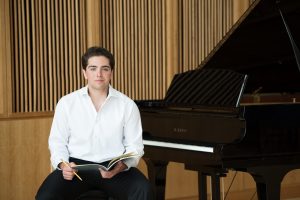 Travis Benoit received his Master of Music Degree from The Manhattan School of Music and his Bachelor of Music from Gordon College. Travis is currently teaching private lessons at Wachusett Regional Highschool and directing Chorus for us here at Trivium. In addition to being a music educator he is an emerging tenor and young artist. He is working and singing with The Magnificat Institute of Sacred Music and developing his skills as a conductor. He has performed some of the most popular operatic roles in the repertoire. Travis was selected to sing in The Thomas Hampson Masterclass hosted by MSM in 2019 and was his alma mater’s Concerto competition winner in 2018. Travis’s Current ensembles include Ensemble NYC, CONCORA, The Providence Singers, The Worcester Chorus, Vox Futura, and The Magnificat Sacred Music Institute’s Cor Unum Singers. Travis was recently featured in a performance of William David Cooper’s New Composition St. Luke’s Passion where he sang the role of The Evangelist. As a concert soloist. Travis has sung with the Rhode Island philharmonic and Worcester Chamber Orchestra as well. This October he will be singing the tenor solos in Haydn’s Creation with the Rhode Island philharmonic orchestra. Travis has a deep love of the classic literature that he has sung and acted throughout the years and is excited to share that with his students. 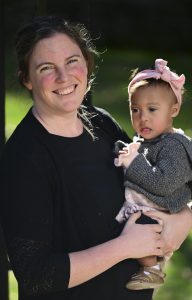 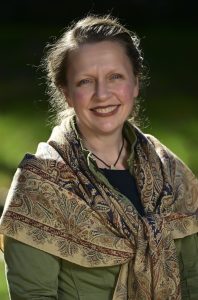 Jennifer Vaughan is a long-time friend of the Trivium School, this is the first year for Mrs. Vaughan as both a teacher at the school, and the parent of a student (Evangeline, ’24). She holds a Bachelor’s Degree in English, and a Bachelor’s and Master’s Degree in Theology. Since 1992, she has taught English literature, writing, Theology, drama, and history at every level from 1st-12th grade, as well as college undergraduates. Eighteen years as a home-educator and private tutor gave her many opportunities for curriculum development, and cultivated in her an affinity for the work of 19th century English education pioneer, Charlotte Mason. Thanks to Ms. Mason, she still loves to undertake picture study, as well as nature study along trails and in the garden, and she keeps detailed notebooks (including illustrations) of the subjects she teaches and thinks about. This year, Mrs. Vaughan teaches Literature/Composition 10, Theology 9, and Drama. 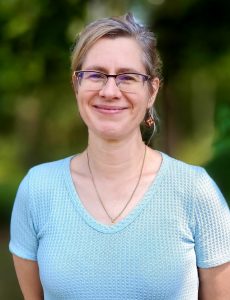 Alessandra Soares received a BA in Terrestrial Geology from Columbia University and a MS in Lunar and Planetary Geology from Brown University. After teaching science informally for several years, she began teaching at Trivium School in 2021. She currently teaches Earth Science and Life Science for 7th and 8th grade. Alessandra and her husband David have six children; the youngest two are currently attending Trivium. She may occasionally be found collecting rocks on hikes, staring at trees, and thinking of creative ways of fostering a love of science in the next generation.